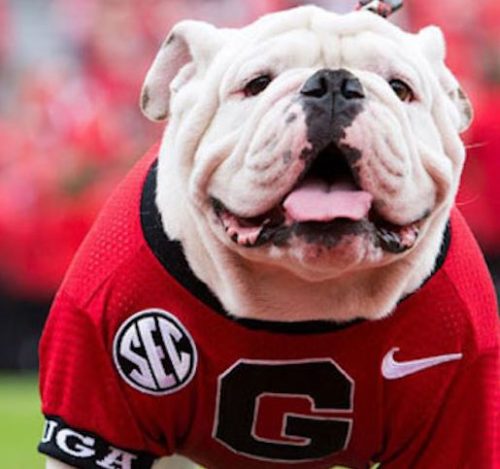 Another weekend, another rash of top 25 teams losing.  We knew there would be at least four since there were four top 25 matchups, but there also were 5 ranked teams losing to unranked teams, including two top-10 teams.  It looks like after all these years Oregon still has a Stanford problem.  Just a couple weeks ago it looked like Oregon might have the easiest path to the Playoff with the PAC 12 teams dropping like flies, but now Oregon is one of those flies.  Who knows if that means their hopes are dashed or not - we probably will have a lot more losses amongst ranked teams this year.  Florida was the other top 10 team to lose to an unranked foe.  After a close loss to Alabama, they had thoughts about challenging Georgia for the SEC East crown.  That looks like that is going to be hard to do already 2 games behind in the standings and with Georgia's defense looking historically good.  Georgia's defense is only giving up 4.6 points per game.  That is crazy.  They just shut out a top 10 team that was averaging nearly 36 points per game.  It looks like we are heading for a Georgia-Alabama SEC championship game and possibly a rematch in the National Championship.  Those 2 teams clearly are a cut above the rest of college football right now.  If the SEC is top heavy, then the Big 10 has some pretty good depth right now.  Iowa, Penn State, Michigan, and Michigan State are all undefeated, and Ohio State is back in the top 10 because they are a name brand program and get the benefit of the doubt when they have an early loss.

After Cincinnati's win over Notre Dame, they moved up to #5 in the rankings.  This is a very encouraging sign for their Playoff chances.  In the past it always seemed like they capped a Group of 5 team around the 7-10 range even if they had big wins.  But these are just the AP rankings.  Once the Playoff rankings start, they could come up with some different set of criteria for how they are ranking their teams.

Oregon State sits alone the top of the PAC 12 North heading into the 2nd weekend of October.  I think that just about sums up how this year is going.  So much stuff is happening, but in the end it will probably feel like same old-same old come Playoff time.  But until they expand the Playoff, we will just have to enjoy the ride of the 2021 season.  I wonder how much the 1-time transfer rule is affecting this season, or the one-time COVID rule where everyone got an extra year of eligibility.  It would be quite interesting to see if this is just a one off season or if this will be a sign of things to come.