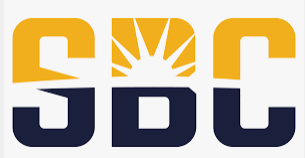 Welcome back to a crazy CFB season!  What the hell happened? It seemed like the P5 schools were imploding everywhere - Einhorn was Finkle and Finkle was Einhorn! The Sun Belt just went scorched earth on the P5 teams and I loved every second of it even if it meant some of my teams are total crap and my season might be over already. App State over A&M, Marshall took down Notre Dame, and the coupe de grace, GA Southern beats the punching bag Huskers. Made a tear come to my eye.  All Nebraska owners can see a sliver of hope with Scott Frost getting canned. Even the FCS teams had a day.  Holy Cross won on a last second Hail Mary to beat Buffalo (you gotta go watch that if you haven’t). The legendary Eastern Kentucky beat Bowling Green in OT and Weber St put a hurt on Utah State.  Those Utah State picks are going to hurt the rest of the way - my sympathies.

Kentucky looked like they were on the ropes in the first half against Florida, but they managed to shut the Gators out the rest of the way…..just plain owned ‘em after coming out of the tunnel. BYU beat Baylor, which isn’t a huge upset since it’s pretty hard to win in Provo.  Chip and Joanna Gaine’s tears are just worth more. Tennessee slipped past Pitt in OT in a great game….reminded me of all those (6-6) Pitt years that have left a deep scar in my heart, trust issues followed. Washington State took down Wisconsin in Madison which is a rare feat.  Turns out only running the ball and not developing your QB sometimes backfires. Get it together Badgers!

Here is our fun fact of the week – Minnesota and James Madison are our top scorers through 2 weeks, Alabama isn’t even in the top 25.  Which means we’re living in a world where Kansas has scored more than Clemson and Alabama - if only someone would’ve had the guts to take the Jayhawks.

Quick hitters around the the CFB world…

You’re gonna have a bad time…

On to the people’s picks!!  Usually the first few weeks of the season is just scoring on top of scoring in our leages, so it’s hard to have a bad week this early unless your name is jestes (Premier), jwags16-2 ($10), and jestes (again) ($25). Jwags in particular had a remarkable week going 3-7 with only 168 pts, that is incredible.  He’s seemed to pick every “top” team that is throwing up on themselves – A&M, Notre Dame, and Wisconsin.  Be proud of yourself Jwags, maybe go buy a lottery ticket.  Only two people were able to pass the 700 pt threshold compared to (8) last week – Stroud9 (Premier – 710 pts), Notrious Jub-2 ($10 – 741 pts). Then you have Terminator Kanks going scorched earth on $10 with 801 pts, damn!  Impressive weeks you guys, we all hate you and hope you fall flat on your face this week.

Gotta take some chances folks!! A lot of these guys have those slightly boring teams (Minnesota, TCU, Miami (OH), K State…) that are scoring out of every orifice at the moment.  I’m sure they’ll cool down a little but Minnesota, K State and TCU look pretty damn good thus far and could shake up their respective conferences.  Who they don’t have is, Navy, Hawaii, Buffalo, anything with New Mexico in it, Charlotte (gonna be a tough season for these guys), and SJSU (which seems to be a popular pick).

You folks have some ground to make up, but the good news is that you can skyrocket up the standings this first 4-6 weeks. Usually by that time you’ll know if you have a pile of crap for teams or have a chance to sneak into the top spots.

Team Names: This year we were NOT able to list an option for a Team Name when you entered your teams, thanks to PayPal changing their Plug In security measures.  So if you’d like to change your team then please email us your current name and the new one, we’ll make the change.  We encourage creativity, make sure to bring it and email us at jacknifesports@gmail.com.

Once again, we love to see all the entries, one of these days we’ll be able to update the website and give it a better look/feel.  We’re hoping by next year things will be much smoother, we have ideas, it’s just our ideas cost a lot of money. Thanks again for reading, we’ll catch you next week with another roundup. God Save the Queen.