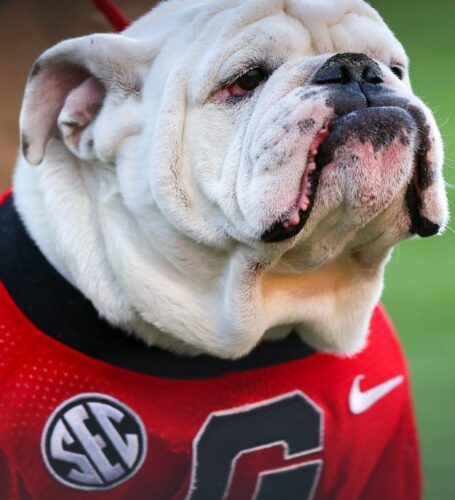 Welcome one, welcome all to our new-ish/old-ish weekly roundup.  I haven’t done one of these in years so bear with me as I shake off the cobwebs.  For those of you new to this whole CFB fantasy thing over here at Jacknife, in our roundup we’ll hit the highlights and sad, dreadful low lights that some of us would like to just ignore for the remainder of the season (insert sad noises).  We’ll call out specific users for their amazingly lucky picks and harp on the god awful picks that some of you will be blessed to deal with for the remainder of the season.  Strap in cuz we’ve got a ways to go folks.

Let us start out with the games and where better to start then what’s fresh on our minds…..LSU vs Florida St.  WOW is all I can say.  For those of you that watched the entire game, I’d assume you’re into self torture of some sort since there was a ton of suffering to get to the amazing finish, but I guess that’s the point, right?  FSU seems as if they’ll do everything in the book to not win a game but somehow crash face first across the finish line to start 2-0 on the season.  As for LSU, they have a ton of issues to shore up, but I fully expect them to slowly improve over the season, as long as the players can take the open criticism from Brian Kelly.  It seems a few players are already fed up with him after 1 game, wiping their social media of anything LSU because they had a bad game - kids these days am I right?  The good news for FSU is that they have seemingly righted the ship as Norvell is now 10-3 in his last 13 games.  They have a tough schedule, but that’s just a potential for a ton of points moving forward, boom or bust pick from the start.  Soak it up FSU fans, you might finally be right after years of being horribly wrong.

What I want to do is hit a handful of other teams before we move on to the people’s picks.  Here is our fun fact of the week - not a single person in our leagues picked Oregon (pretty rare feat).  So far we’re all looking pretty damn smart as Bo Nix just kinda did whatever the hell he wanted out there without fear of consequence.  Pretty sure Georgia is officially a trigger word in the Nix household.  In all fairness, the Bulldogs were surgical and look like they’re right back to where they were last year.  Saban has officially created a monster in Kirby.

You’re gonna have a bad time…

On to the people’s picks!!  Every year Week 1 is full of huge numbers in our leagues, so congrats to everyone for having a great week and scoring more than 400 pts.  It’s hard to have a bad Week 1 unless your name is Notorious Jub ($50), jestes3 ($10), or Palsy Leg ($10).  That last name is all too fitting for getting a slow start in the race, makes sense.  If you know these three then please check on them for their own safety, remind them that their teams will eventually win, and remind them that they don’t have Hawaii, so they have that going for 'em….for now their CFB dreams have faded but aren’t dead yet.  On the flip side we have (8) people with over 700 pts after Week 0 & 1 with one insane bastard (trader8110 – Premier League) scoring 782 pts this week after going 10-0.  The only team to go undefeated this week, but the good news for everyone else in Premier League is that he has Nebraska….so good luck going undefeated again!

We’ll be posting the top players throughout the season and sprinkle some fact nuggets along the way as to why they are at the top, most of the time it’s unconventional picks that get you among the top.  Gotta take some chances folks!!

For anyone wondering what the Premier League is all about, it’s a private league and to get an invitation you need a top 3 finish in any of our leagues.  Once you do that you’re forever invited among the best players we’ve had throughout the years.  And you’re only allowed one entry, gotta bring your best in Premier.

Team Names: This year we were NOT able to list an option for a Team Name when you entered your teams, thanks to PayPal changing their Plug In security measures.  So if you’d like to change your team then please email us your current name and the new one, we’ll make the change.  We encourage creativity, make sure to bring it and email us at jacknifesports@gmail.com.

On behalf of Jacknife…we’re happy you’re joining us this year, remember there are a lot of games left and you can move up and down the standings in no time flat.  Stick it out and you’ll be a CFB fan for life. We’ll do these leagues as long as we possibly can, mostly because we’re degenerates and need these leagues to find purpose in life during the fall and winter seasons.  There I said it. Thanks for reading, we’ll catch you next week with another roundup. Godspeed.