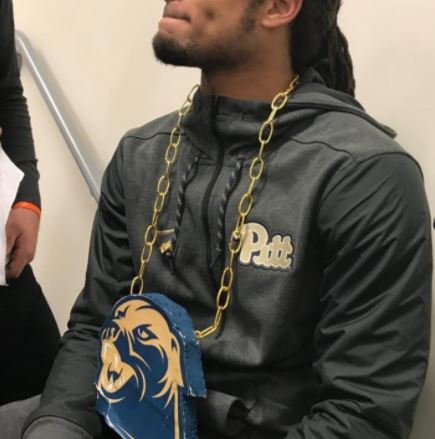 Down goes #1!  Down goes #2!  Let the debate begin.  Which teams will move up to the top 4 of the College Football Playoff Rankings?  There are still some huge games left to play during championship week.  Those all-important 13th data points still to be determined.  But you don't always need that 13th data point - isn't that right 2016 Ohio State?  So fear not Alabama.  Just because you don't make your own conference championship game doesn't mean that a select group of people won't think you're one of the 4 best teams in the country.  After all, what does your resume matter when you have the tradition and benefit of the doubt that you are "one of the best teams in the nation."  Is LSU the best win on Alabama's schedule?  Oof.

We also are closer to the Big 12's manifest destiny of actually knocking themselves out of the Playoff rather than bolstering their Playoff chances with their reinstated conference championship game.  I think we made that prediction at the beginning of the year.  We aren't right on a lot of things, and this still might not be right, but it sure seems like it is meant to be.  And it likes the U isn't quite all the way back yet.  In the future, if you are securely in the College Football Championship picture and you have Pittsburgh as your last regular season game, please try to run the other way, get that game canceled, do whatever you have to do to avoid Pitt ruining your season.

So that's a wrap on the regular season besides the Sun Belt and a handful of games that were moved to this weekend because of the early season hurricanes.  Raise you hand if you predicted a FAU-North Texas conference USA Championship game.  Or if you knew that Fresno State would make the Mountain West championship.  Akron made the MAC championship.  All teams you could have had super cheap on your roster at the beginning of the year.  Hindsight is so brutal for this league.

Usually the Jacknife rankings are pretty close to matching what the committee rankings are throughout the year.  This is year has not followed that trend.  There are 3 Big 10 teams in our top 4.  How can that be?  I think it goes back to an early season trend that we noted - the Big 10 is super top heavy.  The teams at the top of the league just feasted on the lower tier teams and instead of their wins against those teams getting them a typical 80-90 points per win, they were getting point totals up over 100 for those victories.  That has kind of skewed the numbers towards the top of the Big 10.  Maybe that will change now that we have some conference championship games to play, but it's probably not a good year to tout the rankings as an indicator of who the Playoff teams will be.

It was a fun regular season.  Conference championships are still to be determined and we still have the always unpredictable bowl season to go.  Still a good month and a half of college football to go!