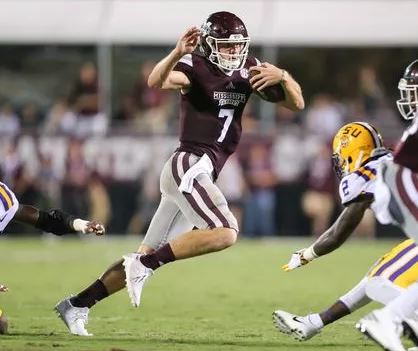 That was an interesting weekend.  Turned out to be a little bit more entertaining than it looked going into it.  How about those schools from Oklahoma?  While their games were blowouts, they are looking goooood on offense.  Oklahoma State has only been playing hard for about 1 half in each game and they are still averaging 54 ppg.  They are making the Big XII relevant for the Playoff this year, and they could match up twice with the Big XII reinstating the conference championship game.  Speaking on the Big XII, Texas made a statement in a loss to USC.  They were 45 seconds away from a road win against the #4 Trojans before losing in double OT.  Quite the state of affairs for the Longhorns when they are "making statements" in a loss.  Program still has a long way to go to recapture that dominance.  But of course they ran into the USC hype train which is always in danger of derailing no matter who the opponent is.  Clemson really made people take notice.  While the defense still allowed Lamar Jackson nearly 400 yards of offense, their offense exploded for 47 points.  They are the defending champs, but there is always a lingering doubt about the Tigers based on their history.  They are quickly rewriting the narrative that they just reload every year.

UCLA went on the road and lost to Memphis in a shootout.  Is the body clock excuse out there?  UCLA is another program that has a way of being exasperatingly inconsistent during the season.  They do it every year.  LSU got smoked by Mississippi State.  It was a few years ago that Mississippi State smoked LSU on its way to a #1 ranking.  Could we be seeing a repeat here?  Quarterback Nick Fitzgerald is a phenomenal talent.  So who's going to challenge Alabama?  Mississippi State?  I think the days of saying the SEC is the best conference is over.  The recent AP top 25 came out and there were 4 Big 10 teams, 2 Big XII teams, and 2 PAC 12 teams behind Alabama.  The next highest ranked SEC team is Georgia at 11.  Do they really feel like the 12th best team in the country?  Georgia vs Mississippi State next week all of a sudden became more interesting.  How can LSU still be in the top 25?  How is Ohio State still in the top 10 after that beatdown at the hands of Oklahoma?  The Jacknife rankings are starting to sort themselves out a little bit.  After those 1st week blowouts, they are starting to trend towards the voters' opinions.  Of course the Jacknife rankings are based completely on the formulas to score the teams.  A pretty objective way to look at the teams.

Next week, conference play starts to pick up.  A lot of those early season cupcake blowouts are gone now.  We should really start seeing who starts to rise to the top.