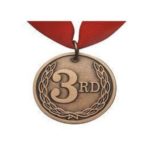 Well, it looks like Alabama really is heading towards that championship.  The general consensus was that LSU was going to be the Tide's toughest test, LSU will definitely cover that spread, and even LSU winning outright.  Not so much.  Alabama showed that they are on another level this year.  They held LSU to 12 yards rushing and sacked the QB 5 times.  So it looks like we are heading to another Alabama-Clemson matchup in the Playoff.  Clemson has really turned it on the past month since they have figured out they just need to run the ball and let their defense dominate.  It feels like the rest of the college football world is playing for 3rd place this year.  So what!  There are still 126 other teams besides Alabama and Clemson.  That means there will always be something interesting and exciting happening.

In the wacky PAC 12 south, Utah seemed to be taking control, but then Arizona State knocked them off this week.  And now, Arizona State controls their path to the title game.  No, really it's true.  If ASU wins out (granted, a very big if) they will win the south.  That probably about sums up the PAC 12 this year.  But just knowing how people love chaos, it probably won't happen and somehow USC will end up winning the south.

West Virginia went for 2 at the end of the game against Texas and ended up ripping their hearts out.  West Virginia is steadily climbing up the Playoff rankings.  They possibly could have to play Oklahoma twice in a row if the standings hold in the Big 12.  That could be a good thing for them, or a bad thing for them.

Michigan absolutely destroyed Penn State over in the Big 10, while Ohio State struggled with underachieving (maybe properly-achieving?) Nebraska.  This year is lining up perfectly for the Wolverines to down the Buckeyes and finally win something of significance in the Jim Harbaugh era.

And Notre Dame keeps on winning.  It will really be great to hear the outcry if Notre Dame makes the Playoff and two Power 5 schools are left out.  Such a reactionary group of people the Power 5 commissioners are.  For years there have been so many roadblocks to a larger Playoff they say.  It will be incredible the speed those obstacles are swept aside when they want to expand.