Jacknife Sports Posted on September 10, 2017 Posted in RoundUp No Comments 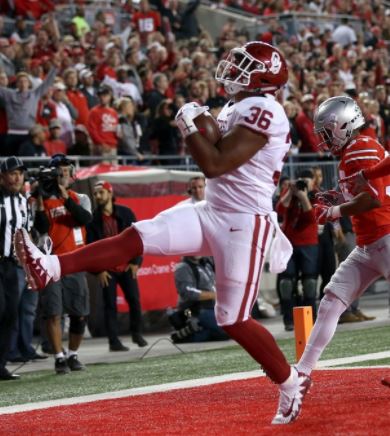 Just keep telling yourself, it's still early, it's still early.  There will be articles written in the coming days already declaring teams' playoff chances dead or coming up with crazy scenarios how teams can still make the playoffs.  We are in a time of needing immediate, loud reactions so you can get clicks and airtime.  Oklahoma went in and dominated Ohio State in the Horseshoe.  They are going to the Playoff!  Ohio State's offense is still terrible!  USC completely flipped the script from last week and now they are a Playoff contender again after they were a fraud a week ago.

If we have learned anything in the BCS/Playoff era, you actually can say it's still early.  No one's season is over yet.  No one is a surefire Playoff participant yet.  There is still lots of narrative left to go.  Obviously paths have become harder or smoother over the weekend, but let's try not to overreact too much just like in Week 1.  Stanford's loss might have been the most damaging since it was a conference game, but everyone else is still on track for conference goals.  Stanford will still be good.

There were a lot of entertaining games this weekend.  Oregon scored 42 points in the first half, but Nebraska shut them out in the second half and almost came all the way back from a 28 point halftime deficit.  Georgia's defense looked good in stifling Notre Dame for a win.  Although it's not like Georgia looked like it was all together on offense either.  Boise State blew a 21 point lead in the last 8 minutes against Washington State and ended up losing in triple OT.  Iowa had a last minute TD to force OT and beat Iowa State in their rivalry game.  Texas bounced back in a big way, albeit against a terrible San Jose State team.  They get USC on the road next week.  Penn State handled their business against bitter rival, Pitt.  Clemson and Auburn was entertaining if you like watching dominating defense.  Clemson just reloads every year.  Any reason to doubt them anymore?  They had 11 sacks and held Auburn to 15 yards in the second half.

There were some big movers in the leagues this week.  People still racking up points in the non-conference season.  jsniegowski moved up 24 (!) spots to take the lead in the Premier League.  Katy A. is in the top 10 scoring of all leagues with her Premier Draft team.  That's stunning considering you have to pick terrible teams in that format.  There were a lot of double digit movers in the standings across all the leagues this week.  You got to get those points before the conference season starts and point totals average a little lower.  rickerz66 is holding it down still in the very competitive $10 league.  Can Wake Forest and Vanderbilt keep up their high scoring ways?

Of course there were a lot of games postponed due to Hurricane Irma.  It's another terrible disaster in a span of 2 weeks to hit the country.  It is affecting some very popular picks in the leagues.  South Florida missed out on some points against UConn.  Who would have guessed Florida State would have -5 points heading into week 3?  That hurts.  It pales in comparison to what is happening to the state, but it's a huge bummer for the football side of it.

Hope week 3 is another entertaining week of games and story lines!