Jacknife Sports Posted on June 17, 2016 Posted in Picks of the Week No Comments Tagged with Alabama, Clemson 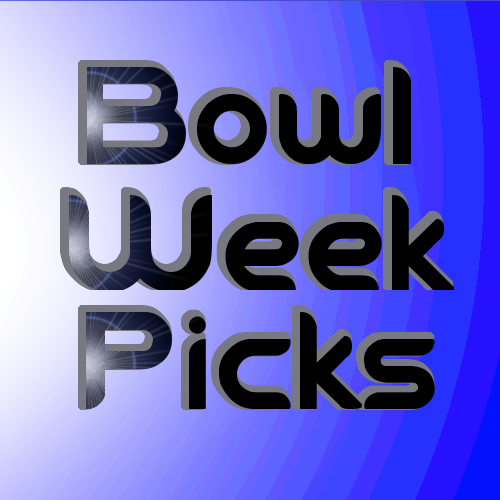 It was a pretty decent bowl season of picks.  We went 5-5 straight up and 4-6 against the spread.  That’s a win in my book.  Bowl games are notoriously difficult to pick.  The first weekend of bowl season was awesome.  I don’t know how many people watched the lower profile games, but I remember saying that this bowl season will be awesome if the big match ups are just as exciting.  Not so much.  It was one of the more dull bowl seasons that I can remember.  It happens.

We finally broke our streak of incorrect Playoff picks.  We started off picking the first 4 Playoff games in existence incorrectly, but finally got one right when we picked Alabama to beat Michigan St.  Now Clemson gets to go against Alabama who they haven’t beat since 1905.  Let’s hope that it’s an exciting game.

All the leagues are wrapped up.  I don’t think there is anyone close enough to the people in first place to overtake them.  Alabama was not a popular pick this year, so there aren’t that many people that could make up some ground anyway.  Alabama was only chosen 8 times across all the leagues.  People are just getting bored with their dominance I think.

There is one more game to go, and then we head off to the sad time called the offseason.  Thanks again for playing this year.  We hope to have you back playing again next year and that you have spread the word to some more people.  We are always looking to make the site better, and we thank you for your patience when we were down a few days in the fall trying to figure out what we screwed up in our code on the website.

Teams on bye:  Everyone except Clemson and Alabama

Heisman winner Derrick Henry is the obvious star of the Bama offense, you can bet that the Clemson D will focus much of their attention on the run game just as they did against Oklahoma.  Make QB Jake Coker beat you through the air like he did against Michigan State.  Bama gets about 5 yds per run.  I don’t see that happening against Clemson and that fantastic defense that has been overshadowed by Watson most of the year.  It almost seems like Lane Kiffin waited until the other week to unleash the passing game and completely surprise the whole country.  Coker seemed to be the typical game manager QB that Bama likes at the helm.  He was highly recruited and many thought he would be a prolific QB with an above average arm.  I have a feeling that Kiffin has something up his sleeve for the Nat’l Championship game.  That something might just be another pass heavy game plan.  If Oklahoma wasn’t so stubborn with their commitment to run the ball, I think Clemson would’ve had their hands full in the 2nd half.  Maybe the plan will be to get up early using the passing game and establish the run and control the clock with Henry to really wear out Clemson’s D in the long run.  That’s just my best guess.  Bama will win because of the defense though, and not their offense, as they have done all year.  The offense just needs to be consistent and move the chains, avoid those 3 and outs, or else Clemson’s offense will control this game throughout.

Deshaun Watson is the player that makes Clemson’s offense go.  He was a Heisman finalist and is a true dual threat with both passing and running.  Against Oklahoma he showed how dangerous he can be rushing, as he racked up 145 yards on the ground.  It is not just scrambling on broken plays where he racks up the yardage.  Clemson runs designed quarterback run plays many times.  The key to stopping the Clemson offense is stopping Watson.  Obviously, easier said than done.  The Tigers average over 500 ypg and score 38 ppg.  Alabama has the defensive front that could cause Clemson problems.  Their defensive line is uber-talented.  They can get pressure without blitzing, which means they will have more men in coverage.  Even though Watson shredded Oklahoma on the ground, he did struggle some in the passing game against the Sooners.  If Alabama can generate pressure and keep disciplined contain, the Tide have a good chance of bogging down Clemson’s offense.  It will be a challenge for Clemson’s offense, but they are good at making half time adjustments and taking command.  Clemson has not trailed in the 4th quarter all season.  Clemson’s offense is definitely superior to Alabama’s offense relative to each other when you look at the stats, however.  Check mark goes to the Tigers for the offenses.

The number one defense in all the land will be the reason Bama takes the Championship and causes everyone to hate them even more than we do already.  This D only allows 13 pts a game, only 6 rushing TDs all season and 13 passing TDs.  That’s right 19 TDs all season.  That is just ridiculous and you know it.  Looking at some of the guys on the D-Line, they look like they could be in their 30’s or 40’s….how does that even happen?  The key will be 3rd down conversion, Bama only allows 27% conversion….that’s not too bad at all.  The worst kept secret in the NCAA is that beating Bama will take a great passing game.  Turns out Deshaun Watson typically beats teams with his legs and not thru the air.  He always scrambles out of trouble and throws on the run or takes off for 15 yards and frustrates the defense.  Not this time Watson!  Bama’s D will swarm the line of scrimmage and limit Watson as much as they possibly can…a funny story from the Michigan St game – QB Connor Cook was caught on the Jumbotron saying, “They (Bama’s D) are f-ing everywhere!!”, then noticed he was being featured and slid behind a teammate in shame.  One last interesting note that is kind of out of the ordinary is that Bama’s D is not very good at stopping opponents once they get in the red zone….which was kind of shocking, Clemson will need good field position more often than not to take it to this phenomenal Nick Saban defense.  This is a scary defense that might just put on a show for everyone come Monday.

The defense was the biggest question mark coming into the season as they were returning only 2 starters from the #1 defense in the nation.  They more than answered those questions.  The Clemson defense did drop from #1…all the way to #6.  They are tough to move the ball against and they get pressure.  They have 43 sacks on the season and lead the nation in tackles for loss with 117.  Their top player, Shaq Lawson, might not be 100% for the game.  He suffered a knee injury early against Oklahoma and didn’t return.  They have a tall task to stop Alabama.  Say all you want about Lane Kiffin, but he is a heck of an offensive coordinator.  He doesn’t try to force a style in any game.  He tailors the game plan to the defense he is playing as he showed against Michigan St. in airing it out rather than leaning heavily on Heisman winning RB Derrick Henry.  The Clemson D is somewhat susceptible to explosive plays as they have given up 63 plays of 20+ yards this year.  That ranks 82nd in the nation.  I think Clemson can shut down maybe one aspect of Alabama’s offense, but I don’t think they will be able to counter Kiffin’s moves.

Alabama and their FG kickers will go down in football history for screwing things up.  Saban won’t allow his kicker to cost them an important game again.  Watch out for the punt return with Alabama – they’ve taken 5 returns to the house…it might be because they get a million attempts to run one back per game.  Kick returns are fairly crappy for Bama.  They haven’t run anything back up to this point and only average 19 yds per return.  I bet we’ll see a game breaking punt return for Bama in this game….it just seems like they do at the most inappropriate time for their opponents.

Clemson is top 10 in field goal attempts, field goals made, and field goal percentage.  That’s a good recipe to pick up some points if a drive stalls out against the tough Alabama defense.  They are going to need touchdowns to win, but it’s good to know they have a pretty reliable option if the game comes down to a kick.  Clemson is pretty terrible in kick coverage.  They can give up some yards there.  You don’t want to have Alabama flip the field on you.

Dabo Swinney is one of the most popular coaches right now.  He has turned Clemson into a consistent power and has forced everyone to retire the term “Clemsoning.”  He likes to dance after wins and give awesome post-game interviews on the field.  But come on.  He is going against one of the greatest college football coaches of all time.  Clearly the checkmark for coaching goes in the Alabama column.  How can you go against Nick Saban and “The Process” at this point?  Not saying Dabo is a bad coach, but the advantage is on the Tide’s sideline in this one.